What Is A Jib Crane And How Can It Be Used?

The jib crane is known by various names including pillar jib, slewing jib, and swing jib. This type of crane is used to lift and maneuver heavy loads. It is constructed of a vertical sustaining steel beam with another beam that cantilevers out from it. There will be a smaller steel brace that goes from the main beam to the cantilevered beam to provide support and stability. The main vertical beam will be anchored to a stable structure like a pillar, floor, wall, or mounted in a truck, which will be able to bear a heavy load. The cantilevered beam is the boom or arm that will slew in an arc enabling the movement of the load, this movement can be powered or manual. The arm of the jib will be where other devices such as a hoist or beam clamp are attached.

Devices Used In Conjunction With A Jib Crane

Frequently additional tools are attached to the arm of the jib crane. A beam clamp or a beam trolley which may be manually pulled or driven by an electric motor will be used to allow additional movement of the load. The devices that are most frequently used in conjunction with a jib crane are manual or electric hoists, lever hoists, chain blocks, and lifting magnets.

After the lifting tool device is attached to the jib arm, loads may be lifted. Loads are normally attached to the lifting device with a sling. The type of sling used will depend on the kind of load that needs to be lifted. Once the load is lifted off of its resting place, it can be moved along the length of the jib arm if necessary. Then the jib arm may be swung around an arc to the needed location so that the load can be set on its new resting place.

How May A Jib Crane Be Used?

Jib cranes are used in a large variety of businesses. They are commonly used in auto repair shops, warehouses, shipyards, and construction sites. Jib cranes are used in many types of businesses since they don’t take up a lot of space. However, they do require a significant amount of height to be useful to allow for the jib’s height as well as enough space for the arm of the jib to turn freely.

Using a jib crane is advantageous in several respects. The use up very little space and provide you with a fast and safe way to lift and move heavy loads. They will also decrease the chance of personal injuries caused by lifting heavy loads. This allows work to be done faster and more efficiently in a variety of settings.  If you are interested in purchasing a jib crane Click Here. 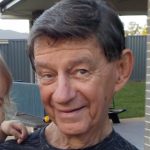 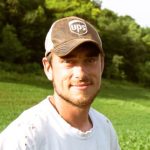